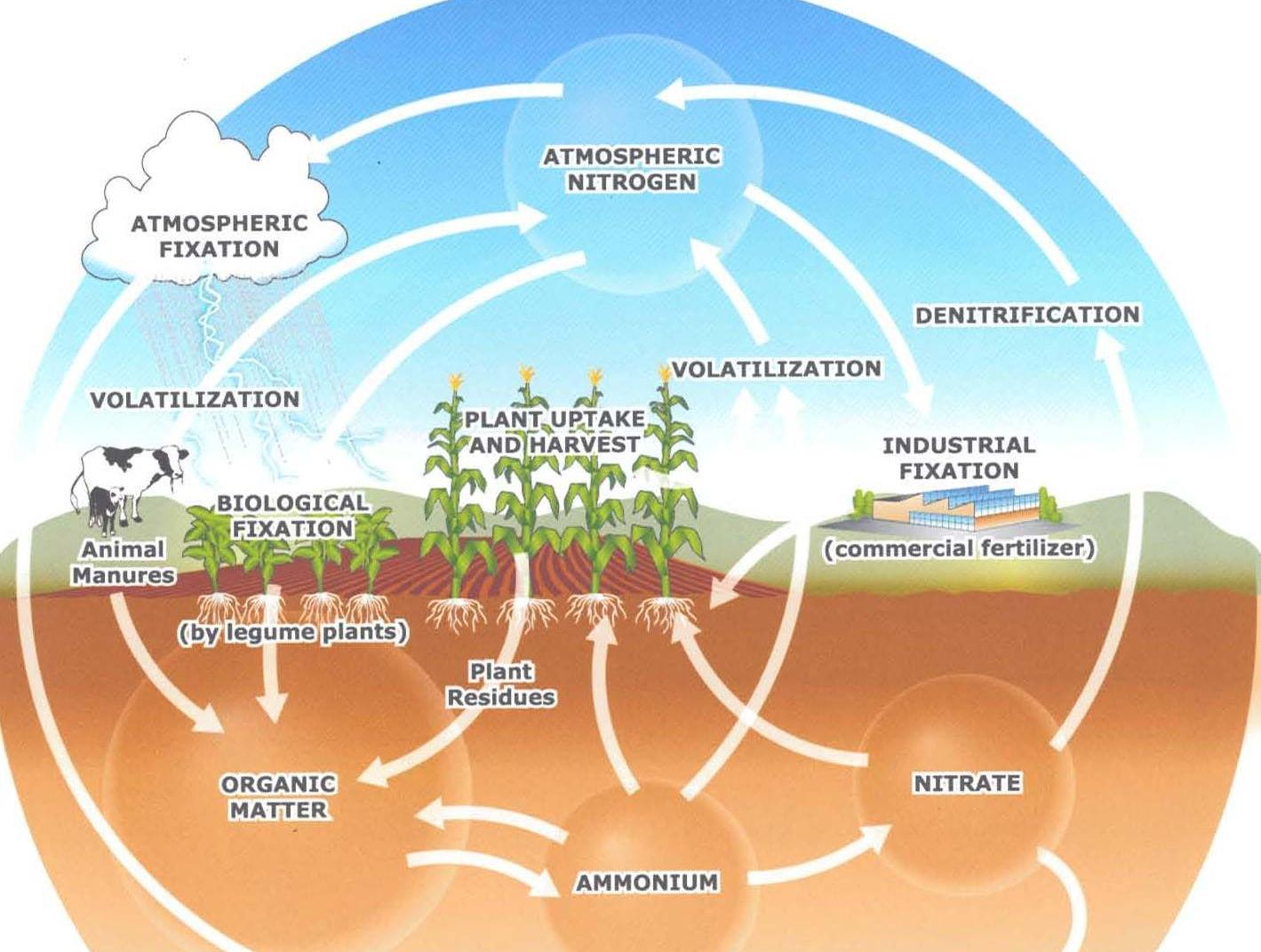 The atmosphere and the cycle of carbon, nitrogen, and oxygen gases

Life on Earth can be possible due to the presence of gases in the atmosphere. Plants and trees get life from carbon dioxide, and trees provide life to humans. In this way, both depend on each other.

In the presence of sunlight, plants take carbon dioxide from the atmosphere through their leaves. Plants mix water soaked with soil with carbon dioxide by its root.

Oxygen cycle: During the respiratory process, plants and animals are taken from the atmosphere of oxygen. Plants release oxygen in the atmosphere during the process of photosynthesis. It connects the oxygen cycle to the carbon cycle. forest harvesting is decreasing oxygen levels in our environment.

Nitrogen cycle: Standing process of conversion of independent nitrogen into nitrogenous compounds of the atmosphere by different methods in land and plants and their conversion to re-independent nitrogen.
Nitrogen-rich bacteria and fungi in the soil provide nitrogen to the plants, which absorb it as nitrate. Nitrate is part of the metabolism of plants which helps in making new proteins of plants.

» Vitamins and Minerals: Deficiency Diseases caused by the lack of vitamins & minerals