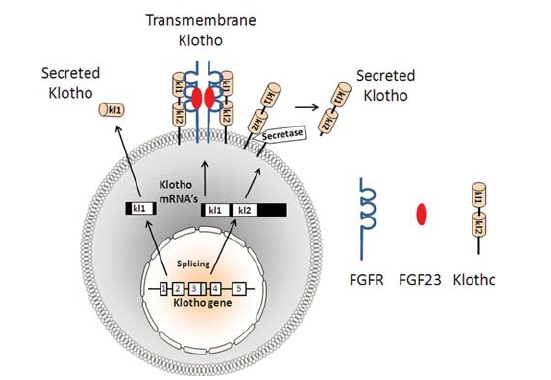 Scientists have uncovered the age-old three-D structure of long-lasting proteins, which can be helpful in treating diabetes, obesity and some types of cancer.

Prolonged lifespan has been named Klotho. The name of this god is named after the Greek goddess.

The klotho gene is composed of five exons and encodes a type 1 single-pass transmembrane glycoprotein (1014 and 1012 amino acids in mouse and human, respectively) that is located at the plasma membrane and Golgi apparatus.

They control the vital process of metabolism in the liver, kidney and brain with other organs.

Researchers at the Yale University of America have found that beta-Klotho is the primary receptor linking FGF 21. FGF 21 is an important hormone that is produced during fasting.

These proteins attach a square of hormones that end up in the Fibroblast Growth Factor. FGF regulates metabolic processes in the other organs of the body including the liver, kidney and brain.

Researchers can eradicate diseases such as diabetes and obesity by developing new drugs. They used X-ray crystallography to understand the functioning of Beta Klotho.