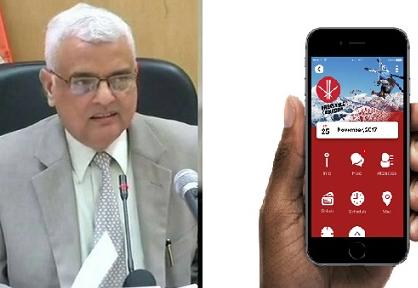 ECI To Launch e-Netra Mobile App, Every voter will police the next Lok Sabha Elections- Details

The Election Commission of India (ECI) will soon launch a mobile application named 'e-Netra' that will allow every voter to act as a police in the coming Lok Sabha elections.

Chief Election Commissioner, OP Rawat in an interview informed that now every voter with a smartphone could turn a cop ahead of the next general elections.

The EC’s tech team is building a mobile application, project title is e-Netra, that will let citizens report any violation of the model code of conduct such as the distribution of cash or liquor, or hate speech and can upload images and videos as supporting evidence.

The app will be tested on a pilot basis in the coming assembly elections in four states viz Madhya Pradesh, Chhattisgarh, Rajasthan, and Mizoram.

As per the information, the app will be launched by July 2018. It could be available for free download for Android and iPhone users.

With this new mobile app, for anything illegal happening during an election whether it’s the distribution of cash or liquor, or even hate speeches and provocative posters, a citizen will just need to capture it as photo or video and upload it to the app.

The complaint will then automatically be directed to the election officer concerned. The app will detect the location of the user where the video was shot or the photo was taken.