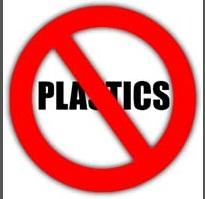 In a significant move to curb plastic pollution, Uttar Pradesh government under CM Yogi Adityanath regime has banned plastic made bags, cups & glasses across the state from 15th July 2018.

During a programme in Barabanki district, Uttar Pradesh Chief Minister Yogi Adityanath announced the ban to end plastic pollution. This is the third time that UP Govt has imposed plastic ban since 2015.

Earlier, Maharashtra government had also banned the use of plastic from 23rd June 2018.

The latest announcement came as Prime Minister Narendra Modi is pushing a plan to completely end the use of single-use plastic in India by 2022.