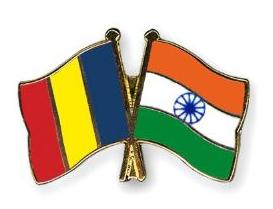 Romania will open a consulate in Chennai, Tami Nadu. This was decided in a meeting between Indian Vice President Venkaiah Naidu and Romania Prime Minister Viorica Dancila in Bucharest.

Vice President Venkaiah Naidu claimed that the demonetisation and the GST have been successfully implemented to help India to emerge as a modern and unified market.

Vice President Venkaiah Naidu said that the country has embarked on the path of economic transformation and this presents fresh opportunities in multiple sectors for Romanian entrepreneurs.

In the field of tourism, the Union Cabinet has given its app...

Great Union Day celebrate in Romania on its National Day on ...