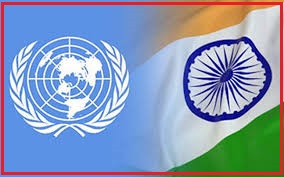 India has contributed the US $1 million to United Nations (UN) Headquarters’ Solar Project, under which solar panels will be installed on the roof of world body’s headquarters at New York, United States.

India is the first responder to Secretary-General Antonio Guterres’ call for climate action.