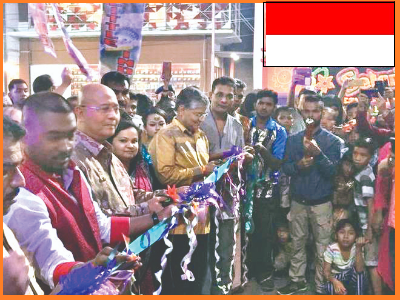 The 'Little India Gate' was developed to recognises the contribution of the Indian community in the development of Medan city, the 4th largest city in the country. It will be promoted as an iconic tourist spot in Medan city as it is the first such structure in entire Indonesia.

The 'Little India Gate' represents Bhinneka Tunggal Ika’ or Unity in Diversity of Indonesia and of the Indian belief in ‘Vasudev Kutubakam’, meaning the world is one family.

Annually, Kampung Madras becomes a meeting point for Hindu and Tamil festivals such as Thaipusam or the Tamil New Year, Pongal and Diwali.

Indonesia plans to change its capital from Jakarta

Indonesia plans to change its capital from Jakarta: Details,...

About Indonesia's Tsunami Volcano: Details, Origin, Cause, I...

Seychelles has released the world's first Blue Bond, aimed a...