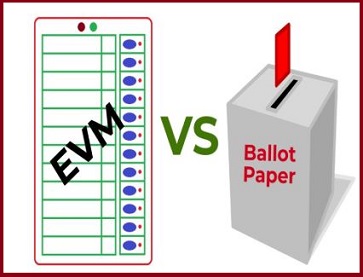 In India's Lok Sabha Elections 2019, when the whole country will vote through Electronic Voting Machine (EVM), the people of the Nizamabad in Telangana will only vote through Ballot Papers.

According to the Election Commission of India (ECI) officials, the Lok Sabha Polls 2019 in the Nizamabad Lok Sabha seat, there are 185 candidates in contention.

As one EVM can take only 16 candidates and a maximum of 4 EVMs can be used in one polling booth, the Election Commission is forced to switch back to the age-old practice of ballot papers.

Of the 185 candidates in contention 178 are farmers who cultivate Turmeric and Jowar. They are contesting polls to highlight their demand for the remunerative price for their crops.