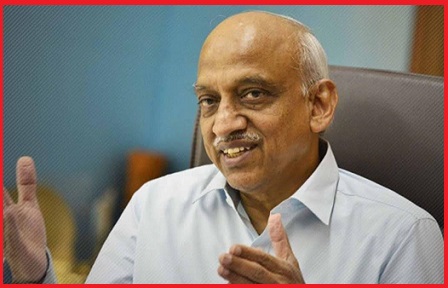 A.S Kiran Kumar was awarded for his invaluable contribution in fostering historic and ambitious space cooperation between India and France.

A.S Kiran Kumar in his entire tenure in ISRO office worked towards the development of India-France ambitious space cooperation. He significantly made a direct contribution to making space cooperation of the people and also one of the cornerstones of Indo-French strategic partnership.

It was established in 1802 by Napoleon Bonaparte and retained by all later French governments and regimes.

It is the highest civilian award conferred by France for outstanding service to the nation, irrespective of recipient’s nationality.

The President of the French Republic is Grand Master of the l’Ordre national de la Legion d’Honneur.

It is also the highest French order of merit conferred for military and civil merits. The order is divided into five degrees. The Order in increasing distinction are namely, Chevalier (Knight), Officier (Officer), Commandeur (Commander), Grand Officier (Grand Officer) and Grand-Croix (Grand Cross).