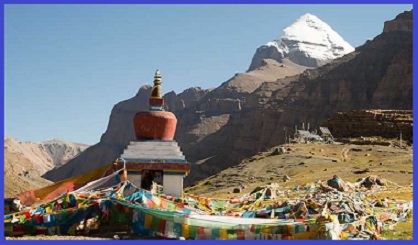 The Indian part of Kailash Mansarovar 'Mount Kailash' is categorized under natural as well as a cultural heritage.

In April 2019, the Archaeological Survey of India (ASI) and the Ministry of Environment and Forests had sent a proposal to UNESCO to list Kailash Mansoravar into its world Heritage sites.

Kailash Mansarovar is the highest peak in Kailash range located in Lake Mansarovar in the remote south-western portion of the Tibet Autonomous Region of China and adjacent districts in the far-western region of Nepal.

Kailash Mansarovar is expanded across an area of 6,836 sq km within India. The Indian site is part of the larger landscape of 31,000 sq km. Its portion in the state of Uttarakhand comprises four major watersheds. They are Panar-Saryu, Saryu-Ramganga, Gori-Kali, and Dhauli-Kali.

China and Nepal have also proposed the UNESCO to include the landscape in the world heritage site.

Currently, UNESCO’s list of Heritage Sites has 845 cultural Heritage sites across the world, out of which 29are from India.

» 21 May: World Day for Cultural Diversity for Dialogue & Development 2019 Theme