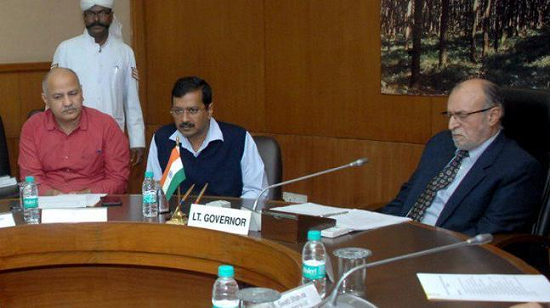 It is the Governor in the State who appoints the Council of Ministers, which 'aids and advises' him.

He appoints the leader of the majority party in the State Legislature as the Chief Minister and appoints other ministers on his advice.

Like the President, his powers are not real. They are formal. He enjoys enormous powers in the State.

He offers his suggestions to the President as to who might be appointed as a Judge of the State High Court.

The Governor has the following financial powers:

In the name of the Governor, the Finance Minister of the State presents the State Budget.

No money Bill can be presented in the Legislative Assembly without his prior sanction.

He can grant finances from emergency funds for government expenses.

The Governor of a State has the following judicial powers:

He appoints, on the advice of the High Court, the Judges of lower courts and district courts.

He has the right to advise the President on the appointment of the Judges of the State High Court.

He can grant pardons and reprieve.

» Powers and Functions of the Council of Ministers

» Recruitment to the Civil Services And Under Article 320