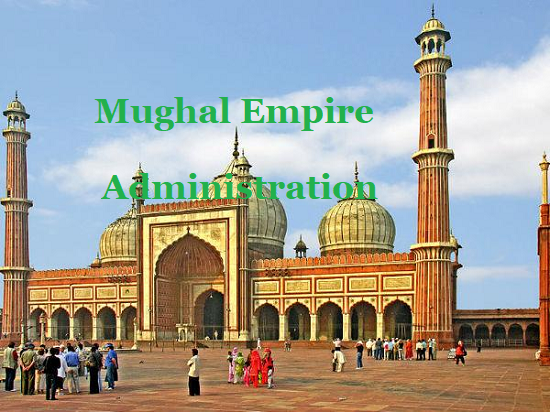 The Subah/Province was further divided into governments which were of two types. One was ruled by officers appointed by the emperor and those under the tributary rajas. Each government was headed by Faujdar, he was the executive head who had policing and military work and could surpass the provincial rulers to speak directly to the imperial government.

Qanungos kept the revenue records and the Bitikchi was the accountant and Potdar was the title of the treasurer. It was the hierarchy for a sound and efficient administration.

Akbar placed land revenue at 1/3 and Todar Mal brought in reforms as in a standard system of land revenue collection that included survey and measurement of land, classification of land based on the basis of its reproductive capacity and fixing the rates.

Justice was administered on the basis of the Quranic Law as the Mughal state was a Muslim State. Fatwas were issued when required and ordinances by the emperor. The principles of equity were followed and the Emperor's interpretations only were granted till the point it did not run contrary to the sacred laws.