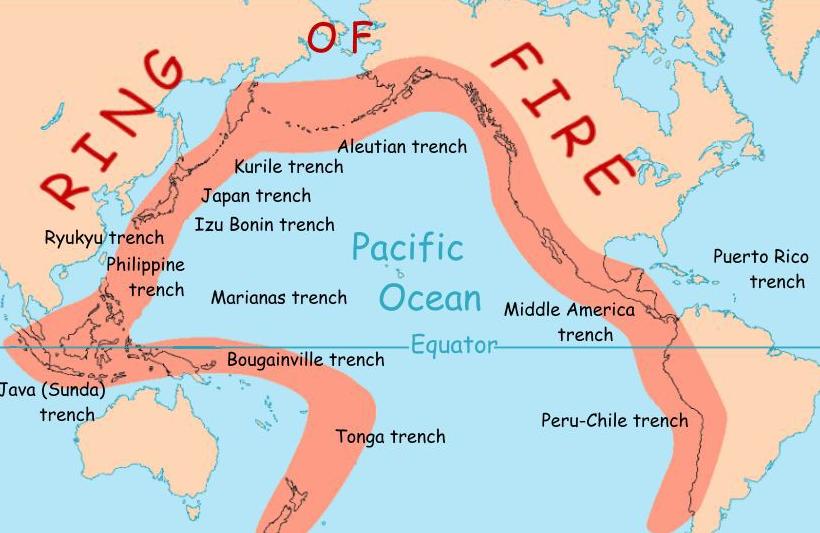 Ring of Fire is a vast volcanic and seismic chain around the Pacific Ocean, for this reason, it has been named Ring of Fire. This is the series extending from various tectonic plate edges.

It is the name given to area like the size of the wide horse hull (Horseshoe shaped) in the Pacific Ocean from South America and continent of North America to East Asia, Australia, and New Zealand.

The 25 most devastating volcanoes in the last 11,700 years have come with the help of 'Ring of Fire', which were the result of circulation and convergence of lithosphere plates.

About 450 volcanoes and 75% of active volcanoes of the world are found here. World major volcanoes such as Krakatoa (Indonesia), Mount Fuji (Japan) and St. Helena (United States) are found in this area.

Popocapital (Mexico) is the most devastating volcano in the Ring of Fire. The world's deepest ocean location 'Marina Bay' (35,827 feet) is located in the western Pacific Ocean on the east side of the Mariana Islands.

» Civil disobedience movement started under the leadership of Gandhi ji