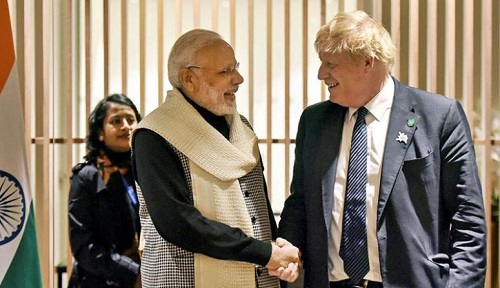 It's been 74 years since India got Freedom and peace and since then India and UK have lots of shared values, laws, institutions, and the world's oldest and largest Democracies.

Prime minister Narendra Modi was invited to the UK on the 18th of April 2018 as the guest of the government, where both leaders had lengthy and fruitful talks and emphasized their strategic relationship and increasing cooperation on global and international issues. India and UK have inherent aspirations to improve their Strategic Relationship

Both countries hold a common vision and a commitment to an international rule-based structure, which is firmly opposed to unilateral measures to intimidate or coercion destroy of the framework. Both countries connect the Living Bridge with their nations, with countless personal and professional ties.

Both countries Also have common dedication towards health, judiciary, stability, and open markets.  India and UK Also exercise to share National security and defense as both have 7 Royal navy warships in the west Indian Ocean.

Both India and the UK also share lots of other things like jet engines to Information and network security.

» UAE after 6 years of suspension, reopens its embassy in Syria