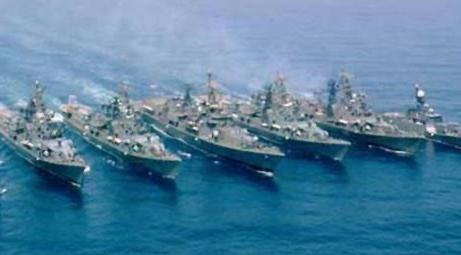 Indian Navy is hosting the multilateral naval exercise called ‘MILAN‘ at Visakhapatnam for the year 2020 in the month of March.

The announcement for this exercise was made by Vice Admiral Atul Kumar Jain, Flag Officer Commanding-in-Chief of the Eastern Naval Command (ENC) at the INS(Indian Navy Ship) Circars Parade Ground in the ENC on the occasion of 73rd Independence day.

MILAN is a biennial naval exercise which was first started in 1995. Until last year the exercise was held at Andaman and Nicobar Command(ANC).

For the first time, MILAN naval exercise is to be conducted in the mainland of ENC, Vishakapatnam.

After hoisting the flag, the vice-admiral Mr.Jain inspected the ceremonial parade that comprised of naval platoons.

Flag officers, Commanding officers of various ships and establishments in Visakhapatnam, several armed forces, civilian personnel, and their families were present in the occasion.

Vice admiral Narayan Prasad, Director General Naval Projects, Visakhapatnam paid tribute to the Martyrs who sacrificed their lives. The tribute was paid at ‘Victory at Sea’ war memorial on the Beach Road, Visakhapatnam.