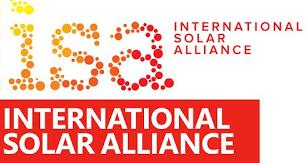 The International Solar Alliance (ISA) is an alliance of more than 121 sunshine countries, jointly launched by the Prime Minister of India, Narendra Modi and President of France on 30 November 2015 in Paris.

The ISA is initiative jointly launched by India and France in November 2015 at Paris on sidelines of COP21 UN Climate Change Conference. Its Framework Agreement came into force in December 2017. It celebrated its founding day on 11th March 2018.

The ISA is headquartered at the campus of National Institute of Solar Energy (NISE), Gurugram, Haryana, making it first international intergovernmental treaty-based organization to be headquartered in India.

The ISA presently has 4 ongoing programmes which include Scaling Solar Mini Grids, Affordable Finance at Scale, Scaling Solar Applications for Agricultural Use and Scaling Solar Rooftop catering to the needs of solar energy in specific areas.

Undertaking joint efforts required to reduce the cost of finance and the cost of technology.

Mobilizing investments of more than US $1000 billion by 2030, for massive deployment of solar energy.

Framing path for future technologies adapted to needs of solar rich 121 countries lying fully or partially between Tropic of Cancer and Tropic of Capricorn.

» Fort/Barracks: A place, where soldiers live and work