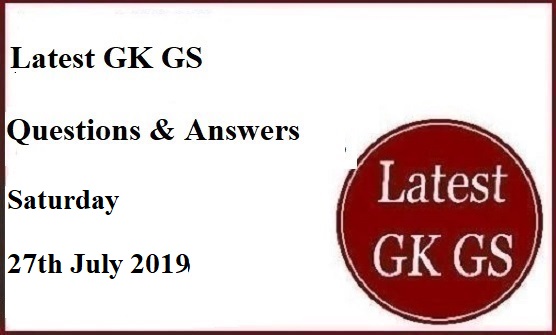 1.  Which among the following cricketers will retire after Sri Lanka’s first ODI against Bangladesh on July 26?

3. Who has been appointed as 25th Chief Minister of Karnataka?

4.  What is the rank of India in the latest FIFA rankings?

5.  Which research institute has recently found that a typical apple carries more than 100m bacteria inside it?

6.  Till what date Budget Session 2019 has been extended?

7. Which of the following has been announced as the official sponsor of Team India?

8. Which Union Minister will head the panel to examine and suggest ways to prevent workplace sexual harassment?

9. Which Indian Naval Ship is participating in the Russian Navy Day Parade?

10. When was the 20th anniversary of Kargil Vijay Diwas observed?

11. IIT Kharagpur team developed which app for elderly people in an emergency?

12. What is the name of China's first commercial rocket got launched?