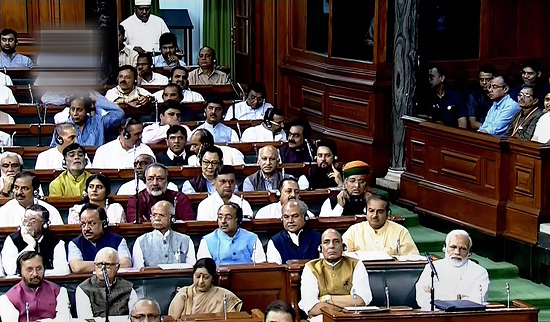 Since the issue is related to Lok Sabha and therefore it can only be presented in the Lok Sabha. There is no concept of no confidence motion in the constitution but it's there in some Lok Sabha rulebook.

It requires at least 50 members support in the Lok Sabha to introduce a no-confidence motion. Once introduced it can't be again introduced for the next 6 months.

Speaker of the Lok Sabha will then give the date for voting when every member will cast his/her vote against/in favor of the government. If the government doesn't get the majority support then it will be dissolved.