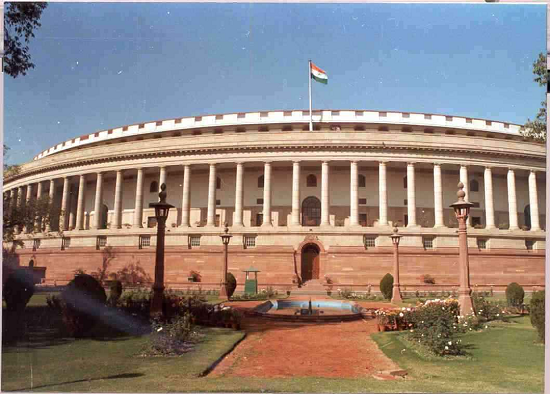 The Members of Lok Sabha are elected directly by the people of India, on the basis of Universal Adult Franchise.

As regards Money Bills: A Money Bill can originate only in the Lok Sabha. The Rajya Sabha cannot rejects or amend Money Bills. It can, however, express its opinion on such Bills and send its recommendations to the Lok Sabha.

As regards Controlling The Executive: In the matter of controlling the executive, the Lok Sabha is more powerful than Rajya Sabha. Both the Houses are empowered to expose grievances of the common man by moving motions of adjournment and by putting interpellations, short notice questions etc.

As regards Impeachment Proceedings: The Lok Sabha and Rajya Sabha, both are equally empowered to move impeachment proceedings against the President of India, and the Judges of the Supreme Court and the High Courts.

» Parliamentary Control Over Council Of Ministers

» The Prime Minister and council of ministers relations, order, roles

» Powers and rights of the Governor