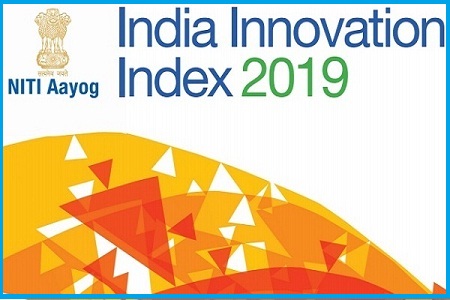 According to the NITI Aayog's India Innovation Index 2019 (III), Karnataka topped in the Most Innovative State among the Major States.

The India Innovation Index's aim is to analyze innovation at the state level and promote competitiveness among the states.

In the list of 17 major states, Chattisgarh, Bihar, and Jharkhand are at bottom of the index with Jharkhand finishing last.

Among North-Eastern & Hill States, Sikkim, Himachal Pradesh, and Uttarakhand have occupied the top spot of Most Innovative State in the index while among Union Territories Delhi, Chandigarh and Goa have topped the list.