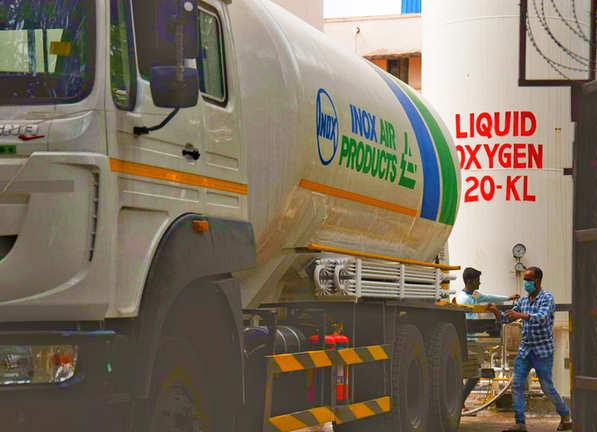 Process of Oxygen isolation (production) from the atmosphere

Pure oxygen is first isolated from the atmosphere. The air contains up to 78 percent nitrogen, 21 percent oxygen, and other 1 percent gases like argon, helium, neon, krypton. In all these gases, the boiling point is very low but different. The boiling point of oxygen is -183.0° C. Oxygen separates by cooling the air considerably. All the gases will turn into liquid on cooling after depositing in the air. Separate them and submit them in liquid form. In this way up to 99.5 percent, liquid oxygen is prepared. Before the process, the air is cooled by removing moisture, dust and oil, and other impurities through the filter.

After cooling the water to 0° C, it turns into ice. If the same water is heated to 100° C, it boils and turns into steam, which turns into gas. In the same way, all the gases present in the atmosphere are boiled at very low temperatures to become gases. Oxygen is converted to gas by boiling at -183° C. We can also say that if the oxygen is cooled to more than -183° C, it will turn into liquid.

Manufacturers store liquid oxygen in large tankers. Then the cold ones are sent from the cryogenic tankers to the distributors. By reducing the pressure of oxygen, it is filled in various types of cylinders in the form of gas. These cylinders are delivered to hospitals, suppliers, and the needy. Some large hospitals also have their own small oxygen generation plants.

Proning Process for COVID-19 Self Care, Improving Oxygen level in the body

Proning is the process of improving oxygen level in the pati...

A person needs 550 Liters of pure Oxygen in 24 hrs

The atmosphere of the Earth, Structure, Composition, Layers,...

Biology: Double Circulation of blood, parts, mechanism in the body

Double Circulation of the Blood in an organism The deoxygen...

Types of Circulatory System and mechanism in chordates ...

The atmosphere and the cycle of carbon, nitrogen, and oxygen...