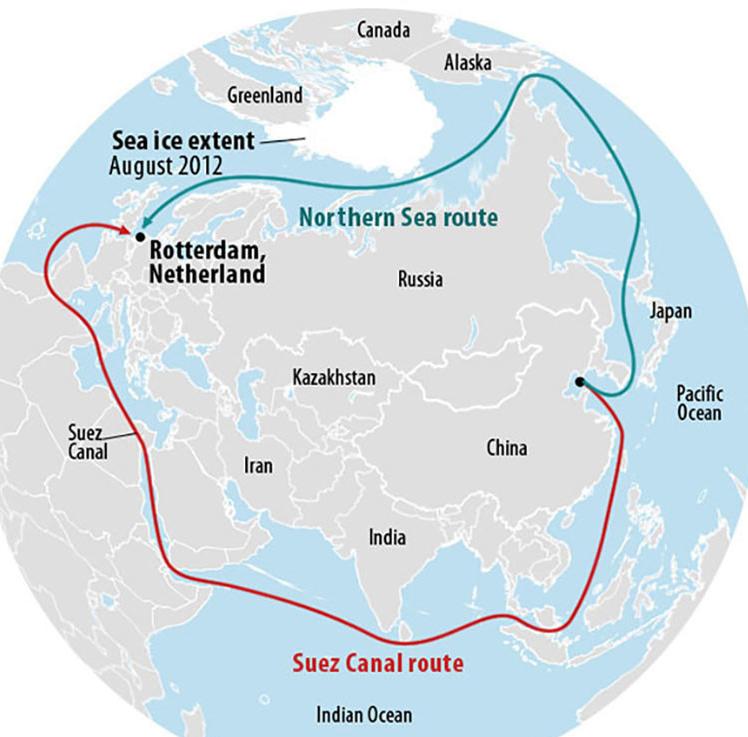 The Russian president has offered India access to Northern Sea route and increased supplies of oil and natural gas including joint development of gas fields.

Currently, the transportation of goods and services is through the Suez Canal route which takes more time and money but due to the constant climate changes, ice sheets on the route of Northern Sea route is breaking down which means in future this route would be the gift from Russia to the Asian countries and world for trade.

India is the 3rd largest consumer of energy and the energy requirement of New Delhi is growing rapidly and mostly the energy is imported from the other countries. Russia wants to increase its share in total energy exports to India. The Arctic region has huge deposits of petroleum and mineral resources. Majority area of northern sea route falls under Russian territory and this area is also the most explored territory of the route. The Northern sea route has the potential to become a major trading route in the world.

Russia is already supplying LNG to India. India is making its footprints in Russian oil field through acquisition and the Northern Sea Route is the main sea route in the Russian Arctic.

» COMCASA symbolizes the growing trust between India and America: Matisse