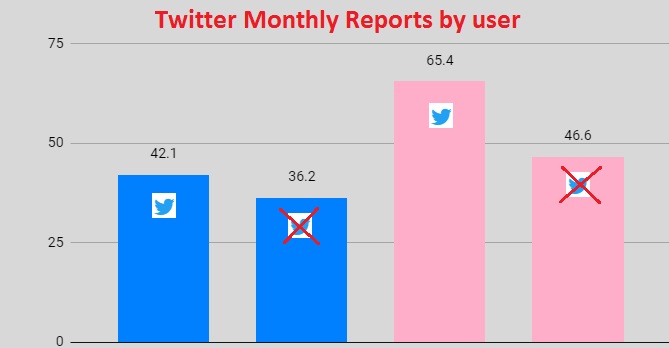 As per the reports, there is a decline in monthly users of Twitter and it is assumed that it will decline more in the present time.

Twitter is cutting their users as they are struggling for their reputation which ultimately affecting its growth.

As per the report in the Current quarter, monthly users fell to 326 million in the third quarter.

In this, are of competition analysts have warned Twitter to focus on monthly users so that it can completion with alphabet Inc, Google.

Investors depend on monthly user data because it is the brain source of future revenue.

Uses of Twitter is becoming inactive and this sold be a serious cause of slowdown of Twitter in the market.

As Twitter is social networking service which has a large number of users and by which they share their messages by tweets but they are restricted to 140 characters.

On Nov there is a slight change in this restrictions and limit was doubled not only in English but in all languages except Chinese, Japanese and Korean.

As this is one of the most popular services but there is the slowdown because of all these circumstances we are facing.