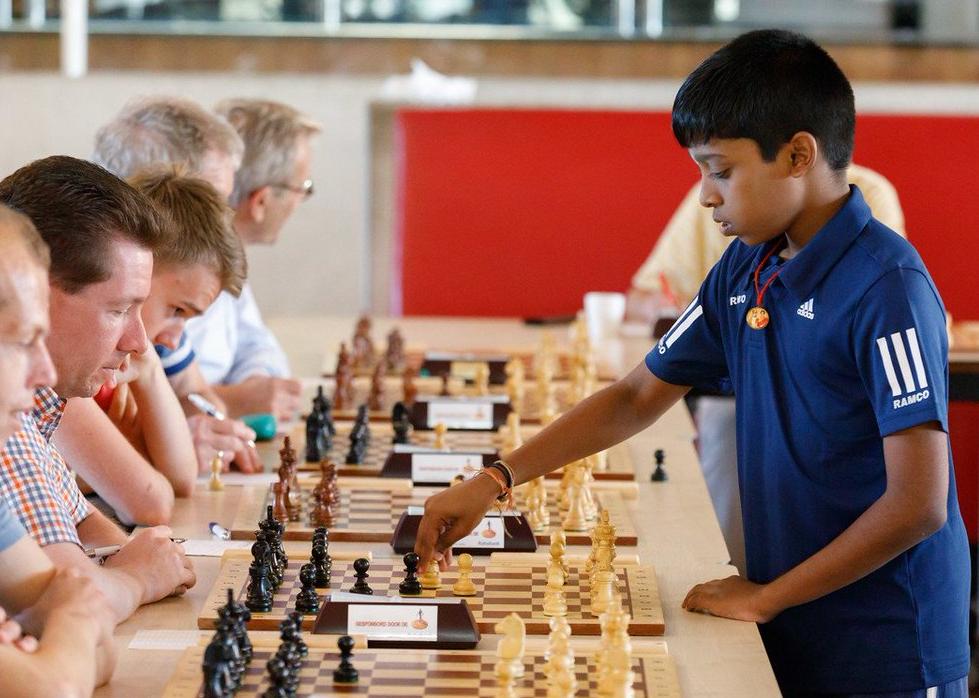 Praggnanandhaa Rameshbabu was born on 10th August 2005 in Chennai Tamil Nadu. His mother tongue in Tamil with Tamilian Ethnicity, Indian. His nickname is Praggu.

To become a grandmaster one chess champion need to earn three grandmaster norms and a 2500 rating.

In 2016, Praggnanandhaa became the youngest International Master in history, at the age of 10 years, 10 months, and 19 days

Praggnanandhaa Rameshbabu had won his first Grandmaster norm at the World Junior Championships in Tarvisio in November 2017. He achieved his second norm by winning the Heraklion Fischer Memorial Grandmaster Norm tournament in Greece in April 2018. By winning Gredine Open in Urtijei, Italy on 23rd June 2018, he became the second-youngest grandmaster in chess in the world.

Raunak Sadhwani is India’s 65th Grand Master at the ag...

Abhijeet Gupta made record by winning title twice in a row

» Abhijeet Gupta made record by winning title twice in a row