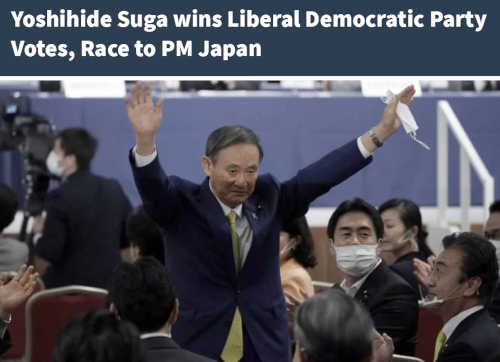 Yoshihide Suga wins the election of the next PM post for the Liberal Democratic Party of Japan on Monday, 14th September 2020. This victory ensures Yoshihide Suga's nomination for the topmost democratic post of the Prime Minister of Japan.

Yoshihide Suga is the close aid of former PM Shinjo Abe and he is working with him since 2012 closely. Before winning the vote of the party he was the chief cabinet secretary of the government of Japan.

Japan marks the beginning of 'Reiwa Era' with the end of 'He...