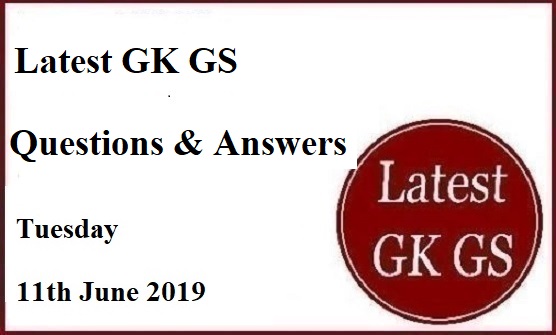 1. Which cricketer announced his retirement from international cricket on June 10??

3. Which nation has set the record of posting the highest-ever chasing target against Australia in a cricket world cup match?

5.  In which Indian state, the drone successfully used to transport blood from remote health center?

6.  In a recent Forbes list, which woman of Indian origin is ranked 18th in the list of America's richest 80 women??

7. Which planet will be the brightest object in the sky in June, besides the sun and the moon?

8. What is the name of Indian historian who has been elected as the International Member of the American Philosophical Society?

10. Modi 2.0 Cabinet extends which scheme to all farmers??

11. Where PM Narendra Modi will lead to the main event of International Yoga Day on 21st June 2019?