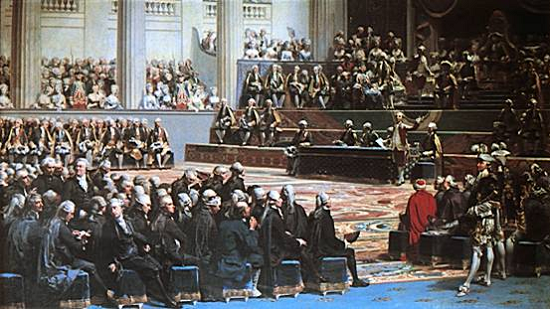 Meeting of the Estates General:

The Finance Minister like Turgot, Necker could not find a solution to the economic crisis. The king of the old Regime was not empowered to impose taxes according to his own will alone and he was bound to call a meeting of the Estates General which would then pass his proposal for new taxes.

Hence, Louise XVI called the meeting of Estates-General on May 5, 1789. The First and Second Estate sent 300 representatives each, who were seated in rows. The representatives of the Third Estate numbered 600, who had to stand.

This Estate was represented by its more prosperous and educated members. Peasants, artisans, and women were not allowed to enter the assembly, but they sent their demands.

However, the representatives brought with them their grievances and demands listed in some 4000 letters. An attractive hall in Versailles was prepared to host the delegates.

GSAT 11 Features, Role in Internet COverage across India, We...

The environmental movement is an international movement, rep...