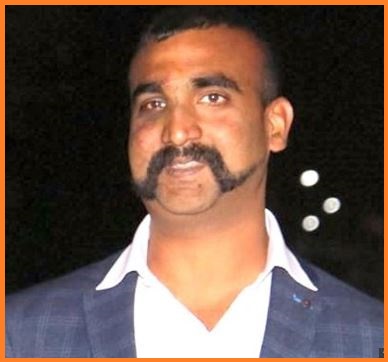 With this, Mirage-2000 fighter jet pilots who dropped bombs on the terror facility of the Jaish-e-Mohammed will also get the Vayu Sena Medal for gallantry.

Abhinandan Varthaman (36-years-old) was captured by the Pakistani army, tortured and then released on 1st march 2019 after implementing Jneva convection.

Abhinandan Varthaman chased down Pakistani F-16 jet and ultimately shot it down and all it happened in just 90 seconds.

Abhinandan Varthaman Mig-21 Bison was also hit by a missile forced him to eject.  It was the first time in history when an F-16 was shot down by Mig-21.

Vir Chakra is awarded for acts of bravery on the battlefield.

Vir Chakra carries an engraved image of a five-pointed star, with the chakra in the center and domed gilded state emblem. It was established on 26th January 1950, with effect from 15 August 1947.